LawEuro website was created in order to help in the search for legal information, as well as in solving various problems arising in the practice of lawyers. 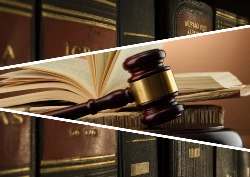 The site contains laws, judicial practice (court decisions in criminal and civil cases), information of educational, scientific and cognitive nature, which is located in thematic sections. Also on the site you can find solutions to complex issues.

On the site you can find articles containing the practical experience of lawyers, events in the field of legislative activity, science, which are an integral part of the learning process. The problems that law enforcement bodies and citizens face when applying certain laws, and ways to solve them are considered. We hope that our LawEuro website will help you in solving issues of interest.

We cover all key Employment Appeal Tribunal, High Court, Court of Appeal, Supreme Court decisions, as well as key European cases, in a single source. The site is updated almost every day.

Succinct summaries of each case and full search functions make the site an unrivalled research tool for all employment lawyers, HR professionals, trade union reps and anyone else involved in employment litigation.

Official Journal of the European Union

Overview of the Case-law 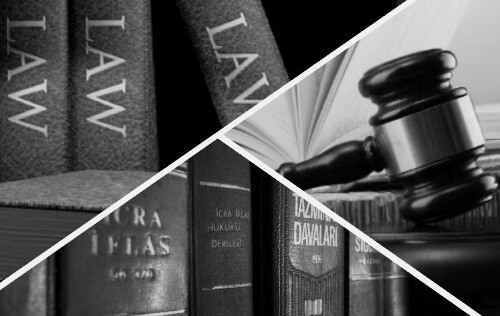 Law is a system of rules created and enforced through social or governmental institutions to regulate behavior, with its precise definition a matter of longstanding debate. It has been variously described as a science and the art of justice. State-enforced laws can be made by a group legislature or by a single legislator, resulting in statutes; by the executive through decrees and regulations; or established by judges through precedent, usually in common law jurisdictions. Private individuals may create legally binding contracts, including arbitration agreements that adopt alternative ways of resolving disputes to standard court litigation. The creation of laws themselves may be influenced by a constitution, written or tacit, and the rights encoded therein. The law shapes politics, economics, history and society in various ways and serves as a mediator of relations between people.

Legal systems vary between countries, with their differences analysed in comparative law. In civil law jurisdictions, a legislature or other central body codifies and consolidates the law. In common law systems, judges make binding case law through precedent, although on occasion this may be overturned by a higher court or the legislature. Historically, religious law influenced secular matters, and is still used in some religious communities. Sharia law based on Islamic principles is used as the primary legal system in several countries, including Iran and Saudi Arabia.

Law’s scope can be divided into two domains. Public law concerns government and society, including constitutional law, administrative law, and criminal law. Private law deals with legal disputes between individuals and/or organisations in areas such as contracts, property, torts/delicts and commercial law. This distinction is stronger in civil law countries, particularly those with a separate system of administrative courts; by contrast, the public-private law divide is less pronounced in common law jurisdictions.

Apply to the Court

How to make a valid application

If you decide to apply to the Court, please ensure that your application complies with Rule 47 of the Rules of Court, which sets out the information and documents that must be provided.

We use cookies on our website to give you the most relevant experience by remembering your preferences and repeat visits. By clicking “Accept All”, you consent to the use of ALL the cookies. However, you may visit "Cookie Settings" to provide a controlled consent.
Cookie SettingsAccept All
Manage consent

This website uses cookies to improve your experience while you navigate through the website. Out of these, the cookies that are categorized as necessary are stored on your browser as they are essential for the working of basic functionalities of the website. We also use third-party cookies that help us analyze and understand how you use this website. These cookies will be stored in your browser only with your consent. You also have the option to opt-out of these cookies. But opting out of some of these cookies may affect your browsing experience.
Necessary Always Enabled
Necessary cookies are absolutely essential for the website to function properly. These cookies ensure basic functionalities and security features of the website, anonymously.
Functional
Functional cookies help to perform certain functionalities like sharing the content of the website on social media platforms, collect feedbacks, and other third-party features.
Performance
Performance cookies are used to understand and analyze the key performance indexes of the website which helps in delivering a better user experience for the visitors.
Analytics
Analytical cookies are used to understand how visitors interact with the website. These cookies help provide information on metrics the number of visitors, bounce rate, traffic source, etc.
Advertisement
Advertisement cookies are used to provide visitors with relevant ads and marketing campaigns. These cookies track visitors across websites and collect information to provide customized ads.
Others
Other uncategorized cookies are those that are being analyzed and have not been classified into a category as yet.
SAVE & ACCEPT